It’s one of the biggest clichés, but, yes, Venice is magical.

Or rather it can be. It can also be like something out of Dante’s Inferno (yes I know he’s a Florentine not a Venetian but I couldn’t think of an appropriate local to use for a simile).

You arrive in the city by water taxi from the airport, or you step outside the train station having pulled in on the Orient Express (or high-speed rail) and you’re greeted with a dreamlike vista bathed in heavenly golden rays of light. But 30 seconds later that crumbles away as the noise and the shear numbers of people suddenly hit you like a thundering herd of elephants.

The only true way to avoid being walloped round the head by the crowds is to head to the city in winter when it’s pretty quiet. While a lovely time to go, it’s not ideal as flooding can be an issue and things can be closed. The likelihood is that you’ll be there during the warmer months (avoid the height of summer, the city is too busy and hot, and the canals tend to smell); April and May are wonderful months.

So if not visiting Venice during the wet and cold winter, how do you get the most from it and maintain your love for the city rather than having it crushed by the enormity of the tourism and all the horrific side-effects it can have, especially on the scale the floating city suffers?

Well, do everything you can to not be like a tourist. Easier said than done perhaps, but there are some easy and worthwhile things you can do to get the most from the city and deepen your love of Venice. 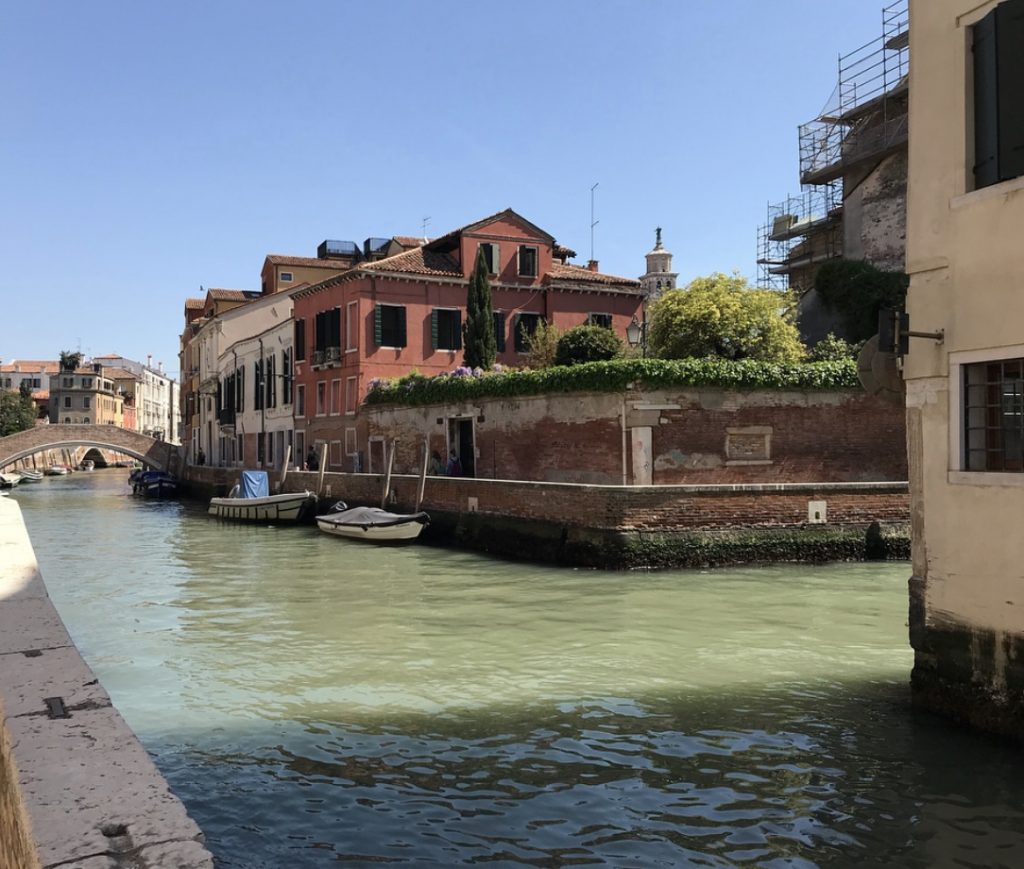 Stay in the Dorsoduro

Venice has everything from cheap youth hostels to Hiltons and the conspicuous luxury of the Danieli by way of places to stay. But I can only suggest you eschew them (after all it’s where most tourists stay). Rent yourself an apartment; it gives you the opportunity to experience the city and its daily rhythms from the perspective of a local.

I once stayed in a large 3 bedroom apartment in an old Byzantine building set just back off the Grand Canal. It was accessible only by narrow back alleys no tourist ever went down. It was next to a bar with a large lunch buffet of traditional dishes that only the locals used. Sadly the bar has now been discovered by tourists, making the apartment a little less appealing these days.

To get the most out of ‘living’ in the city, rent a place in the Dorsoduro. It’s the city’s university district and Venetians mostly live in the area. The district has a quiet relaxed air about it during the day, even at the height of the tourist season. The streets around the Campo Santa Margherita are filled with unpretentious eateries and bars and are a perfect place to stay. You can walk to St Mark’s Square in 15minutes through streets alive with the daily life of the locals. The area also holds cultural destinations including the Gallerie dell’Accademia, for classic Venetian masterpieces, and the Peggy Guggenheim Collection, with its modern early 20th Century works.

There’s a large array of holiday rentals across the city so you’ll be sure to find exactly what suits you at a decent price. There are a number of specialist companies you can rent through, but simplest, and often of best value, is AirBnB. 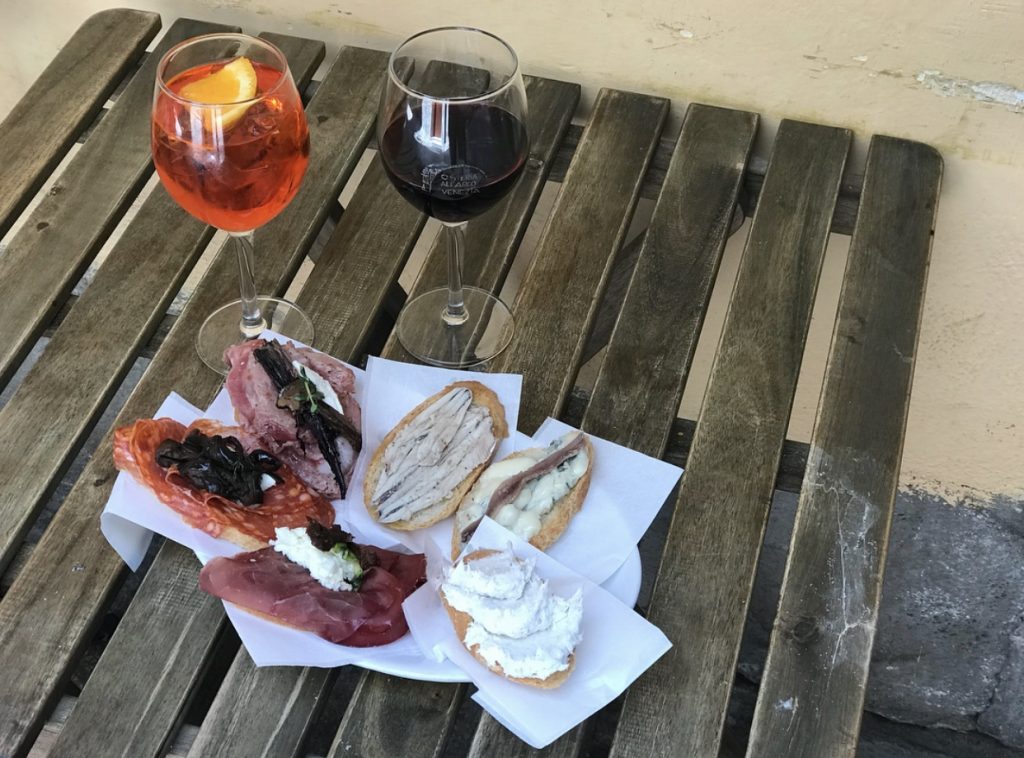 We’ve all known people who have had bad and touristy meals in Venice and we’ve seen the stories in the press about tourists eating at a restaurant where they’ve been presented with a bill running into thousands of euros. While the latter is rare, the former is all too frequent.

The best way to eat in Venice is to avoid anywhere near St Mark’s Square, the Rialto Bridge and other high density areas of tourists. Needless to say that also means anywhere with laminated menus outside, waiters trying to entice you in and menus with images.

Instead, look for the neighbourhood cafes and restaurants where it’s clear the clients are mostly locals; this means looking further outside the centre of the city. The same goes for looking for places popular with students; they tend to be well priced, good quality and a bit more modern than the traditional Italian.

A great way to eat, drink and explore the city is to pick some cicchetti bars to go between. It’s a cost effective way to see the city and take part in something that’s still part of the daily life of the locals but most tourists ignore or know nothing about. Cicchetti are little snacks of classic Italian ingredients – hams, cheese, anchovies etc. – on slices of baguette. You have a few along with a glass of good local wine. It’s usually about €12-15 for two small glasses of wine and a few cicchetti. It’s not to be missed, and moving round a few bars certainly makes for a good lunch or evening meal. Some bars to check out are Cantine del Vino gia Schiavi, Basego, and All’Arco. The latter is the best and oldest in the city and thus a tourist spot. Fear not, this has not led to a reduction in quality and as such the locals still turn up daily to meet, chat and have an afternoon drink and snack. You’ll find a lot of the best cicchetti bars in the Dorsoduro. 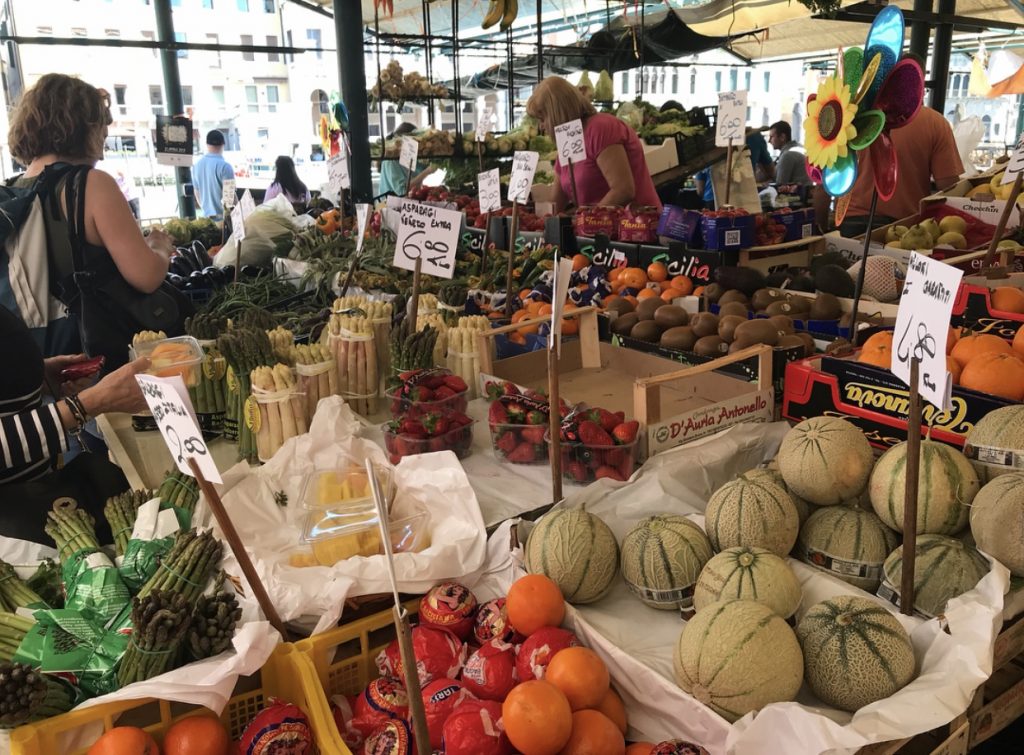 Another option, if you have taken an apartment, is to head out one morning to the Rialto market with its large selection of fish and fruit and veg. Buy what takes your fancy and cook back at the apartment for dinner to be had after a few plates of antipasti from a delicatessen. Wash it all down with a few glasses of local wine.

When it comes to places to drink, well the cicchetti bars are great for wine but, should you want a cocktail, then Harry’s Bar it is. Yes I know this is a place that tourists flock to and it’s just off St Mark’s Square but, if you head over for 5.30pm, you can have a pre-dinner cocktail without the massed crowds. Though be warned, it’s not cheap (€25 per drink).

The other historic spot that you may want to drink at is Florian on St Marks Square. Again a suggestion that breaks my rules, but it’s a decent enough place for a coffee. But again be warned, don’t eat there, and if the band is playing or its players are so much as tuning their instruments before heading off for a break, they charge you an €8 fee; and don’t expect much by way of smiley service. 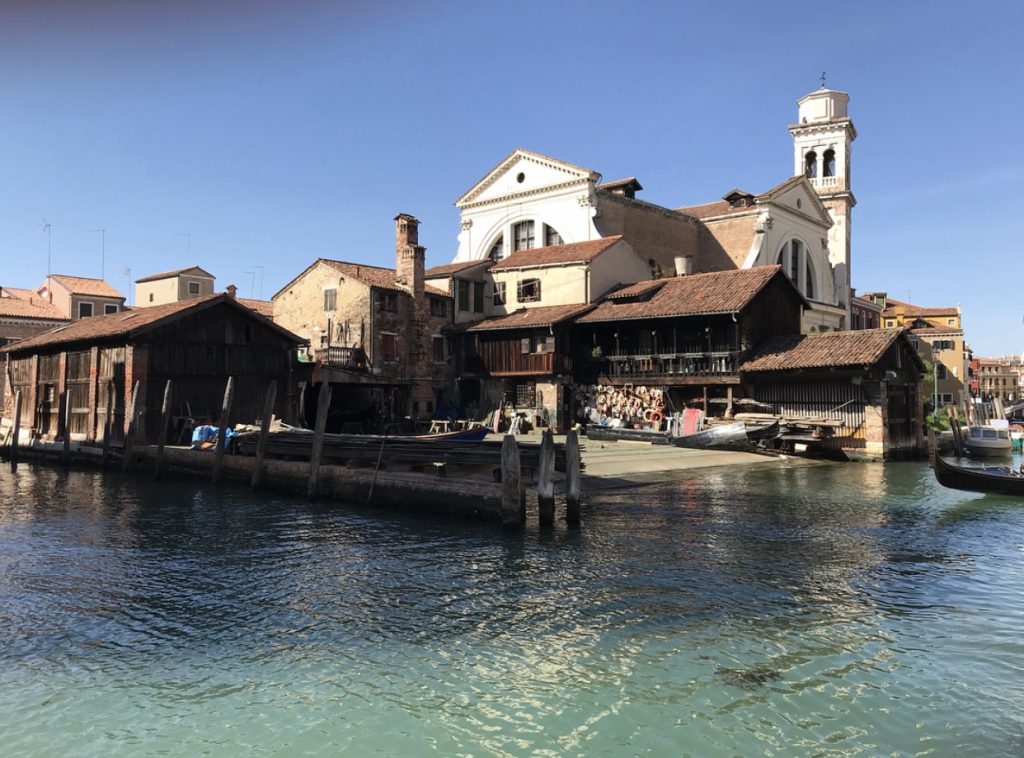 There of course is no avoiding the hoards of tourists when you want to visit the sites, but you can reduce your queuing times and there are some great sites that most tourists don’t bother with. The Campanile offers stunning views across the city, but it usually has a queue that can take the better part of an hour. The trick to avoiding the line is to head along about 15minutes before last entry. The queue will hardly exist and you will have the top of the tower almost to yourself; the views of the city at dusk are sublime.

To see the Doge’s Palace, book yourself on the ‘Secret Tour’. It allows you to skip the queues to enter the building and gets you into the areas the rest don’t see, including the prison cells where Casanova was kept, and the Bridge of Sighs. The Grand Canal is of course another must but to see it properly don’t do it during the day – the shear number of people and boats rather detract from it. Instead head to St Mark’s Square in the late or early hours of the day (the square is awe-inspiring in scale and design when empty) and get a vaporetto down the length of the canal. The boat and the canal will be empty and magnificently lit, allowing you to take in its beauty and experience it as it was before tourists discovered the city.

Other sites to visit include Santa Maria Gloriosa dei Frari with the tomb of Canova and artworks by Donatello, Titian and Bellini. Teatro La Fenice is worth touring for its magnificent baroque interior, as is the Scala Contarini del Bovolo, and don’t miss the external spiral staircase of the Palazzo Contarini del Bovolo. Slightly more off the beaten track is the Gondola workshop (but they only take groups of 25 or more so you’ll have to find a tour that covers it) where they still make and fix the city’s gondolas. While the cemetery island of Isola di San Michele is one for those looking to see more of what it is to live in Venice.

Go down the Grand Canal in the day, spend too much time on St Mark’s Square, take a gondola ride, visit a cruise liner, stay at the Cippriani (luxurious it is, but its completely disconnected from the city so not the place to stay if you want to soak up the atmosphere), eat spaghetti bolognese, queue for the sites (there’s always ways round queuing if you book in advance), or eat anywhere that has a waiter trying to get you in or a menu with pictures!

This article is also published on Riddle Magazine