Of all the architectural styles, there is none more divisive than Brutalism. You either love it or loathe it; there is no middle ground. So it might seem odd that Phaidon would compile and publish Atlas of Brutalist Architecture. But it isn’t, indeed even if you’re not a fan of the style, it’s a fascinating one and deserves such a compendium documenting it.

Brutalism embodies all that the Post War period was about – society, the welfare state, equality and technology – and that had become mainstream in the interwar period with the modernist movement. It was a style for the people, even if the people hated it. It’s aggressively of the machine age, using concrete of various types and shapes as its principal building material.

The architecture’s solid heavy mega structures were designed for the people and their advancement. So the buildings would change in use over the years, enabled by the flexibility of the large internal spaces, while the working mechanisms are housed in large concrete structures around the edges. You can see in this the roots of The Lloyds Building with its services and working mechanisms on the outside. 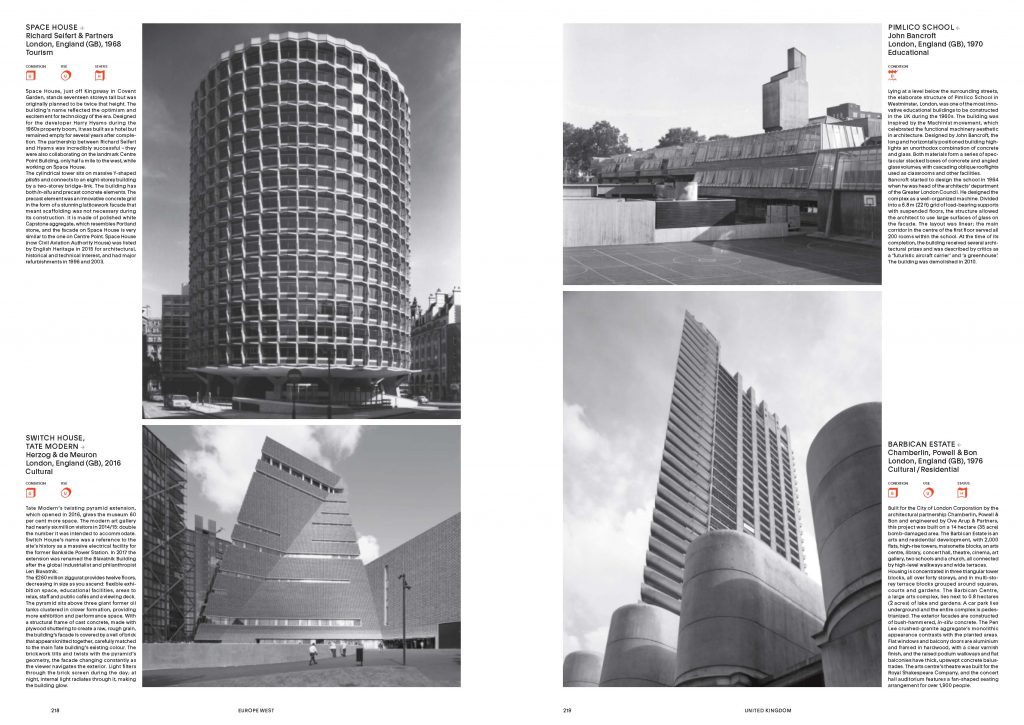 Often you’ll find a Brutalist structure has involved concrete being poured into on-site moulds with the planks leaving their imprint, thus exposing the way the building was made and giving texture. This contrasts with prefab panels that are often then textured by hitting panels manually with bush hammers. You’ll find shapes that reflect the different spaces within the building, and architectural features such as cantilever floors, that can’t be built with traditional techniques.

It’s fair to say that Brutalism is the architect’s architecture, not the publics. Unloved and uncared for, it was this that placed many Brutalist structures at risk of demolition. But the style has found its time now. Original Brutalist buildings are being protected, revamped and loved, while new buildings are going up that embody Brutalist elements – the new wing of Tate Modern, for instance. 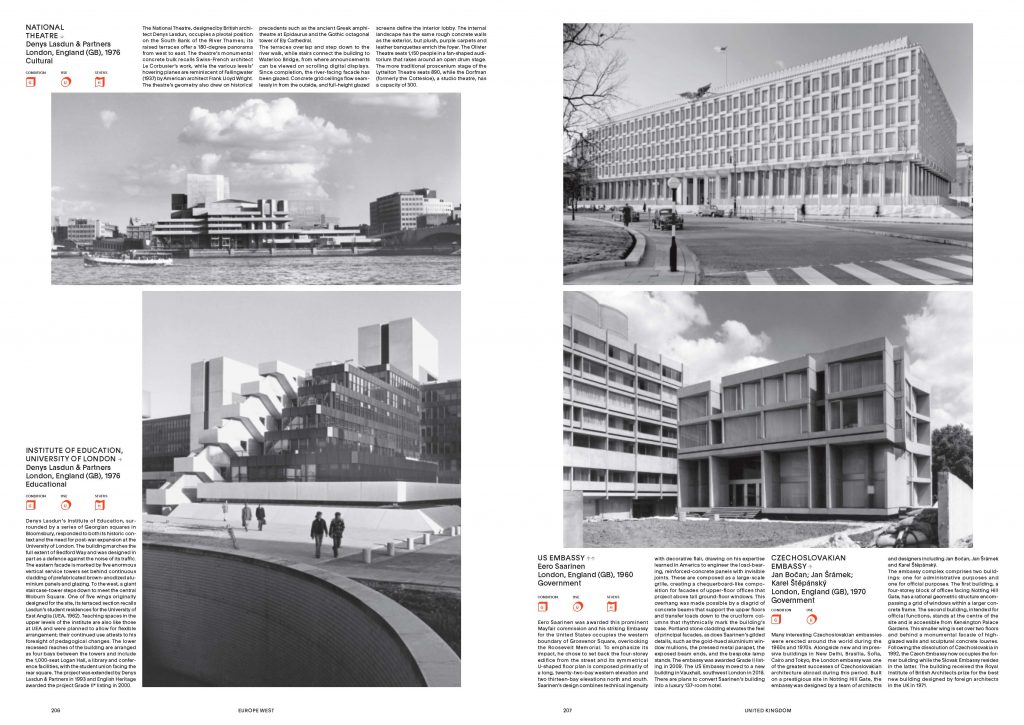 Atlas of Brutalist Architecture is a tome of a book, mapping 878 Brutalist buildings by 798 architects in 102 countries. It’s an immense and comprehensive work that compiles in one place the existing, demolished, classic and contemporary Brutalist structures. Structures designed as galleries, offices and religious buildings but also zoos (the elephant enclosure at London Zoo), hotels, airports, fountains and nightclubs, all feature and lay bare the variety and flexibility of Brutalism’s application.

Opening with a wonderful exploration of Brutalism then and now, and its key tenants, the atlas explores each of the 800 plus buildings via a black and white image and insightful text about the building, its history, importance and architect. There are also symbols to denote the status of the building – if its still standing, it’s condition and its use.

Atlas of Brutalist Architecture is the most comprehensive look and guide to Brutalism yet published and one that any lover of the style or architect lover will want and value.