In 2015 Parliament was deserted for an election of MPs, leaving the peers with little to do other than head on holiday, so the Peers’ dining room opened for the first time to the public allowing them to dine in its Pugin splendour. Serving up three courses for £35 (£45 in 2016), I suppose one might call it something of a ‘pop open’ rather than a ‘pop up’ that has been repeated yearly when Parliament isn’t sitting each year since. Obviously such an opportunity is not to be overlooked, so a few friends and I thought we’d try it out both in 2015 and subsequently, a bit of recon work, as it were, ahead of our expected and undoubted ennoblement in the not too distant future.

Entrance is gained via what I like to call the ‘Great Traitors Entrance’ or, as it is officially known, the Cromwell Entrance. We were directed through Westminster Hall and down towards the House of Lords where we were met and escorted to the Peers bar overlooking the Thames. The great joy, though, isn’t the room – beautiful yes but nothing out of the ordinary for Parliament – but the prices on the bar list. Clearly the subsidised prices enjoyed by their lordships are offered to us too, so double House of Lords G&Ts should be ordered all round to sip while contemplating the menu. The bar list also gives an insight into the cocktail preferences of the nobility – Old Fashioneds and Martinis. So at least we know that, when living up to the old saying of being as Drunk as Lords, they are doing so on the back of proper drinks, no Baileys, Archers, Malibu or shots of Taquila Rose fuelling our laws – I mean where are we? Wales? 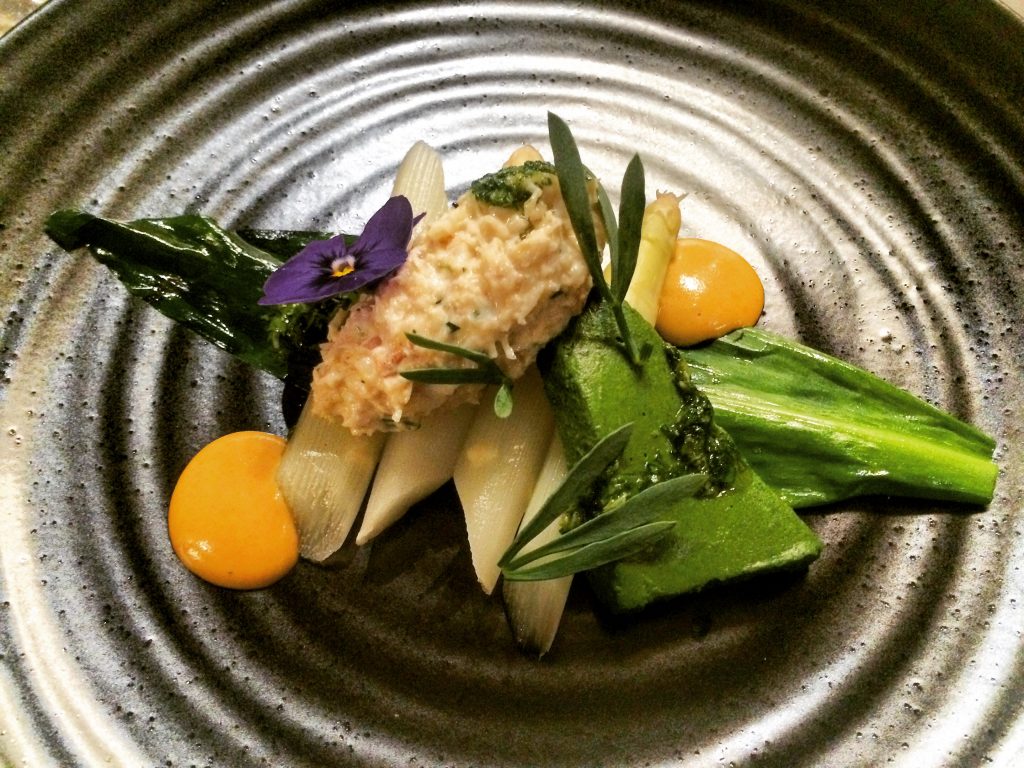 The menu, as one would expect, is British through and through. Over the years that the dining room has been open it has shifted from being very much like the menu of a Gentleman’s Club in St James’s to more modern British in a West End London restaurant.

They have served up the likes of potted sea trout and crab with a spring salad of shelled peas and broad beans and crab dressing. I have to say it was really very good and a perfect light starter for a hot spring day. The crab and trout made for a well-flavoured combination that was more interesting than the standard straight potted crab or potted salmon, and was then enhanced by the crab dressing which was beautifully rich and bursting with crab flavour. The salad added another note of freshness and the attention to detail by shelling the peas and broad beans was of the level you would expect to find in a Michelin starred establishment. There’s been a House of Lords game terrine and thought it’s good, it was declared by one friend to be ‘a much of a muchness’. A mushroom vol au vent with truffled béarnaise was also enjoyed on one occasion. 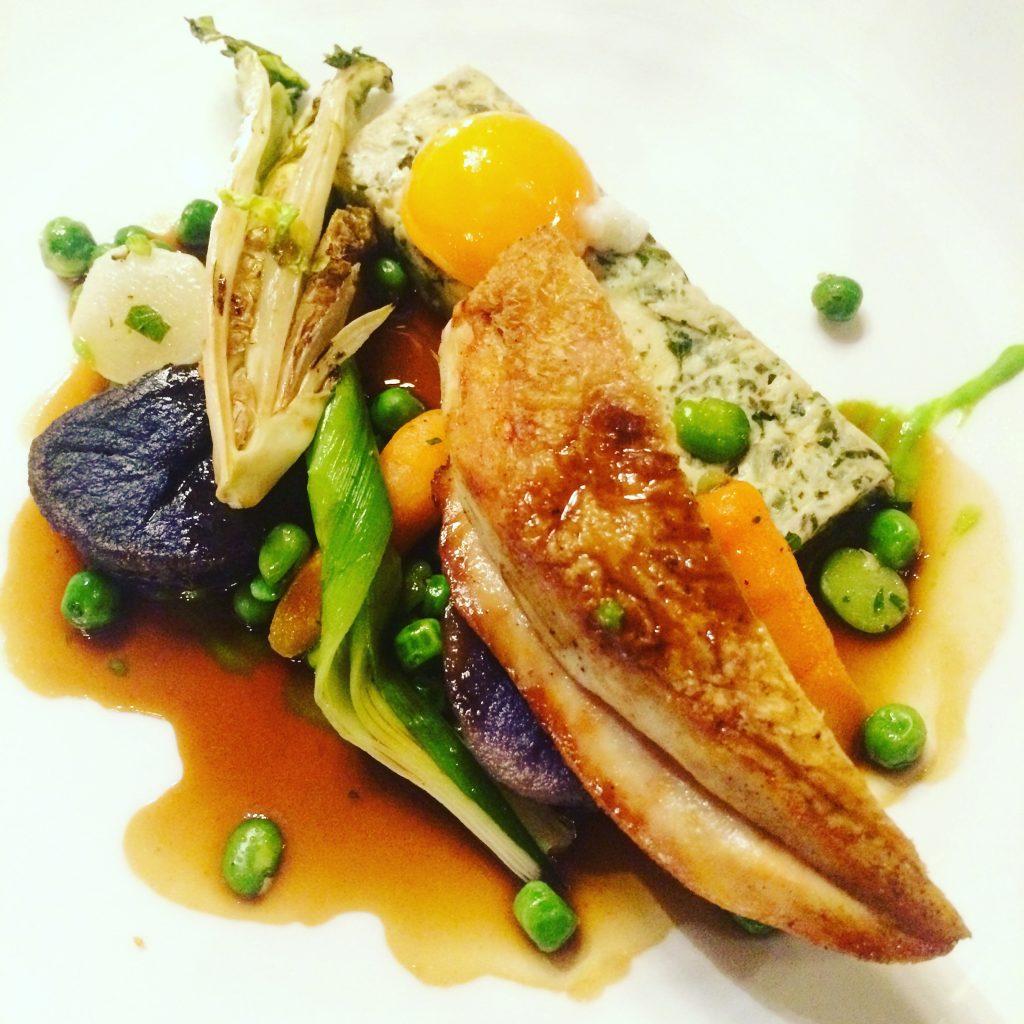 Mains have included ox cheek with champ, heritage carrots and salsa verde, and while not as impressive as the crab salads I’ve enjoyed each time, it was good and exactly what you would have expected of it. The salsa verde made for a nice accompaniment, adding sharpness to the ox cheek that helped to enhance it, though I did have to ask for English mustard to go with it too. Other mains offered have been corn-fed chicken breast with morels and the baked salmon with tagliatelli, all also nicely done, though again not as good as the starters – a trend that seems to have been growing in restaurants over the last few years. The one main that was really not good was the Sutton Hoo Chicken, an impressive looking plate, but the Chicken was so dry it sucked every last drop of moisture out of my mouth. It could have been buried and dug up with the treasure hoard it was so dry.

Dessert was cheese all round which must have been the best value item on the menu as it had no supplementary charge and consisted of the three largest pieces of cheese I’ve ever had at a restaurant. The highlight, however, is the port we ordered to go with it – a 1955 Cockburn’s Vintage port at £15 a glass, truly remarkable value (bottles on average go for £231) and with a beautiful rich caramel like colour and taste. But then such prices are possible when institutions buy straight from the vine and lay down the bottles, as the Lords likely do.

The Peers’ dinning room is worth a visit for a long lunch if you can get away from the office. It may not be perfect, but short of being invited to dine with a Peer, or being ennobled oneself, how else can you get to partake of such a usually restricted experience?