Frenchie is a bright shining star among the slew of great openings on Covent Garden’s Henrietta Street. Set up by Jamie Oliver’s head chef at Fifteen Shoreditch, Grégory Marchand, it marks his return to London from Paris, and the opening of a London branch of his Parisian restaurant, also named Frenchie.

Not a vast site, Frenchie is chic and minimalist in its design, limiting itself to white with the addition of a few accent colours and feature lighting, chairs and bar, perfect for a drink or a bite to eat (many take advantage of this). It speaks more of Scandinavian design than French, though the French marble fireplace on the landing of the double staircase to the basement level is a very nice touch. All of which combines to make Frenchie a relaxing and convivial place to dine. And while the food is our concern, this design scheme flows into the way the dishes are plated. 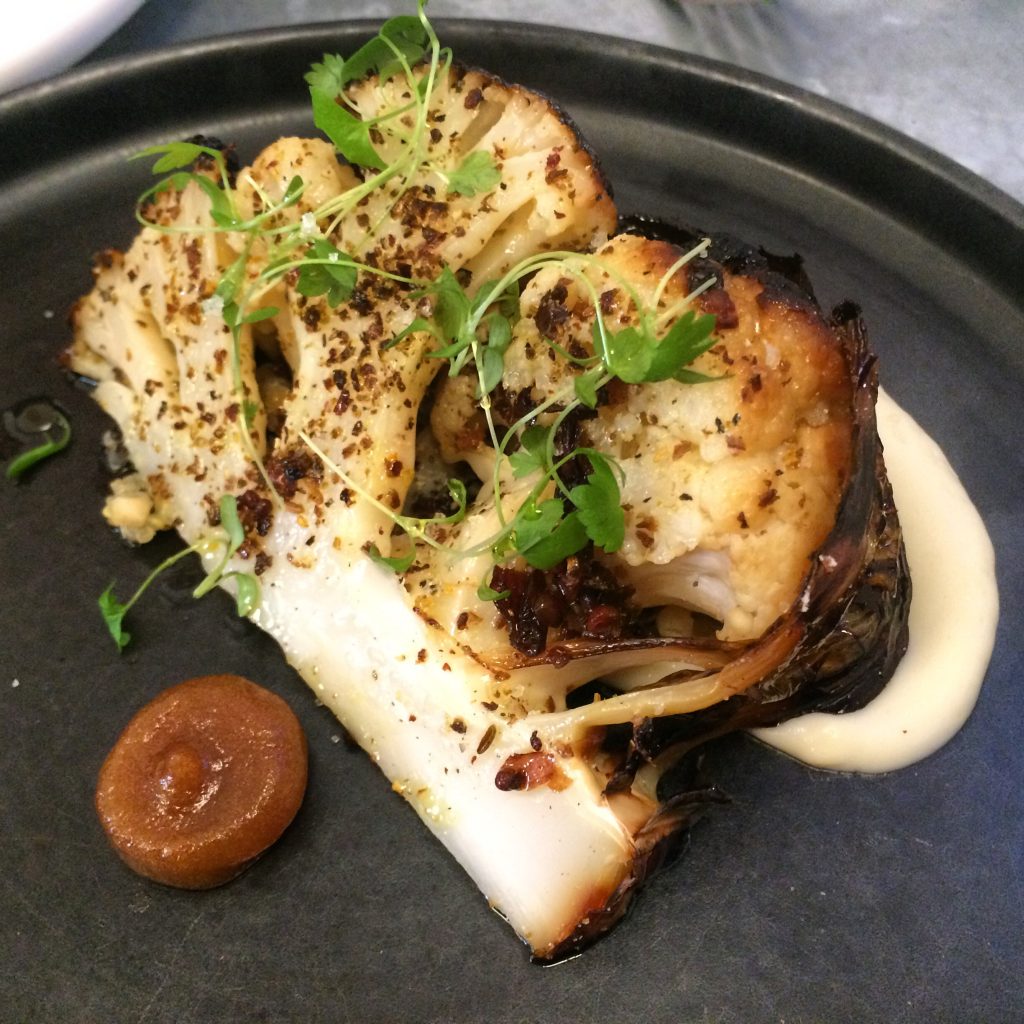 During the evening, an à la carte menu and 5 course tasting menu are offered, but lunch sees a prix fixe menu offering two courses for £27 or three for £30, with a choice of three dishes per course. There are also a few snack options from around the £3-£4 mark to start, not an uncommon addition to a set lunch menu, and not worth having in many places, but at Frenchie they really are. You get two per plate; over a number of different lunches, I’ve had an unctuous pig’s head cube deep fried and served with a gribiche sauce, crab on a squid ink cracker, pork crackling with an intense set apple puree, and a bacon and maple syrup scone that was heavenly. 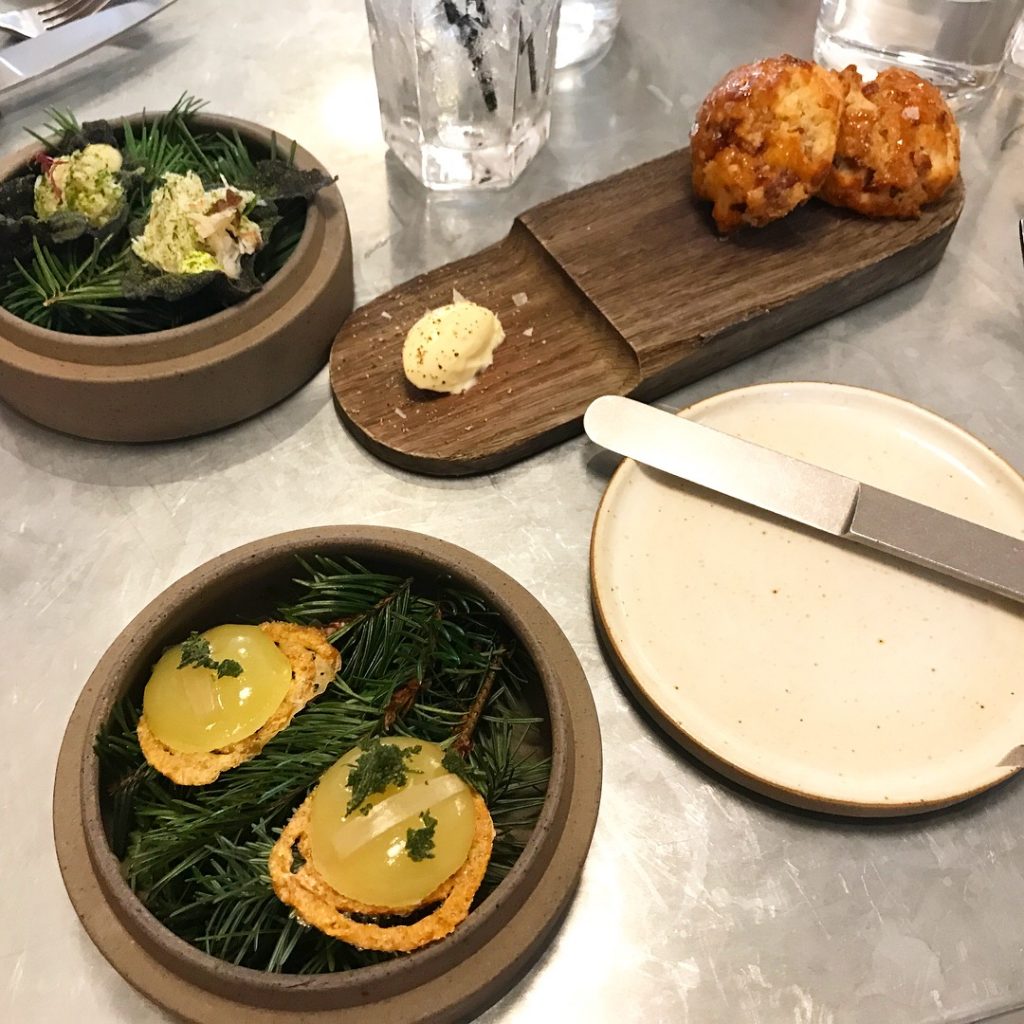 Rather than go into the details of everything I’ve ever had a Frenchie I will just outline the first visit. The menu changes constantly but it should give you a good idea of what the restaurant is all about. To start my dining companion and I both plumped for the hot smoked trout with whey and brussel tops, a much-underused ingredient and a favourite of mine. I must admit I was apprehensive about the trout as I usually find hot smoking has been done too heavy-handedly, overpowering the smoked ingredient, and trout is a mild (and often boring) fish. But what came was a plate of near perfection, the trout so delicately smoked that it bore only the lightest of touches, just as it did in cooking. It was beautifully pink and translucent under the barely cooked outside, and paired beautifully with the young, nutty and slightly bitter purple sprouts and whey. 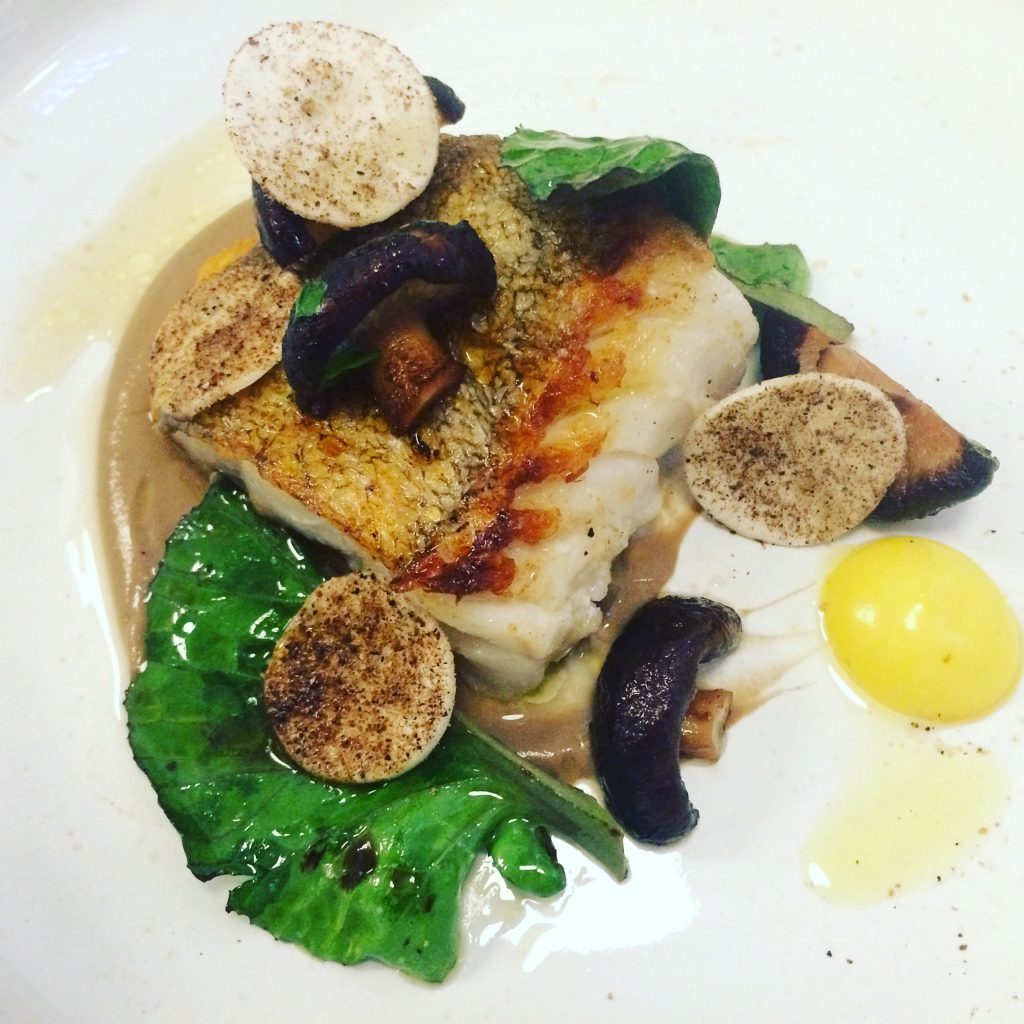 For the main we went halves on the cod with a selection of mushrooms and Meyer lemon (a fruit native to China that’s a cross between a lemon and a mandarin orange) mayo, and the chicken with salsify and kumquats. The chicken, succulent, meaty and with perfectly crispy salty skin, was a delight, paired as it was with the salsify and the fruity sweet bitterness of the kumquats. However, for me the cod was the star. Unsurprisingly, given the precursor to this course, the cod was perfectly cooked, firm and translucent with crispy skin to rival the chicken’s. The flavour was matched and heightened by the variety of types and textures of the earthy and wintry mushrooms (some whole, others puréed). But what truly elevated and made the dish was the salty cabbage and, more importantly, the bitter Meyer lemon, which was a revelation. 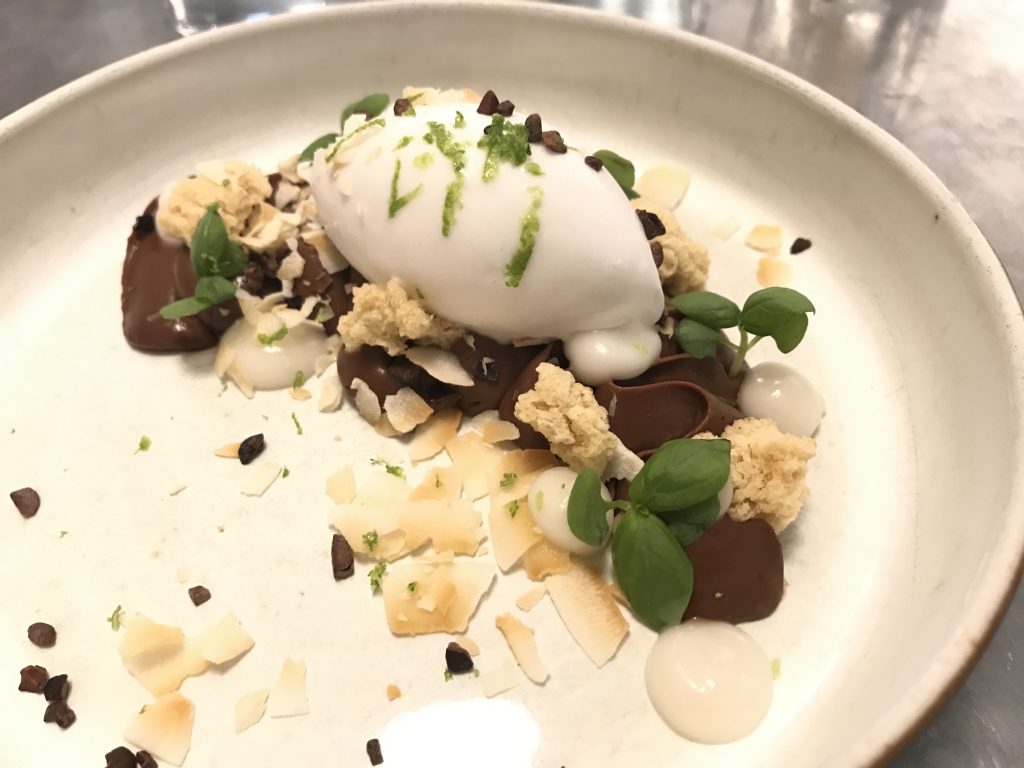 When it came to dessert, we did something a little odd. During the course of the meal we kept seeing the starter of cauliflower with vadouvan being carried past us so, neither of us having much of a sweet tooth, we decided to have the cauliflower followed by the bitter chocolate tart with bacon ice cream. The cauliflower, a large wedge of a whole head, was sublime, charred all over and spiced to perfection with the vadouvan. It was the most interesting use of the vegetable I’ve seen in a long time, the only downside for me being that I’d have preferred it a little more al dente. 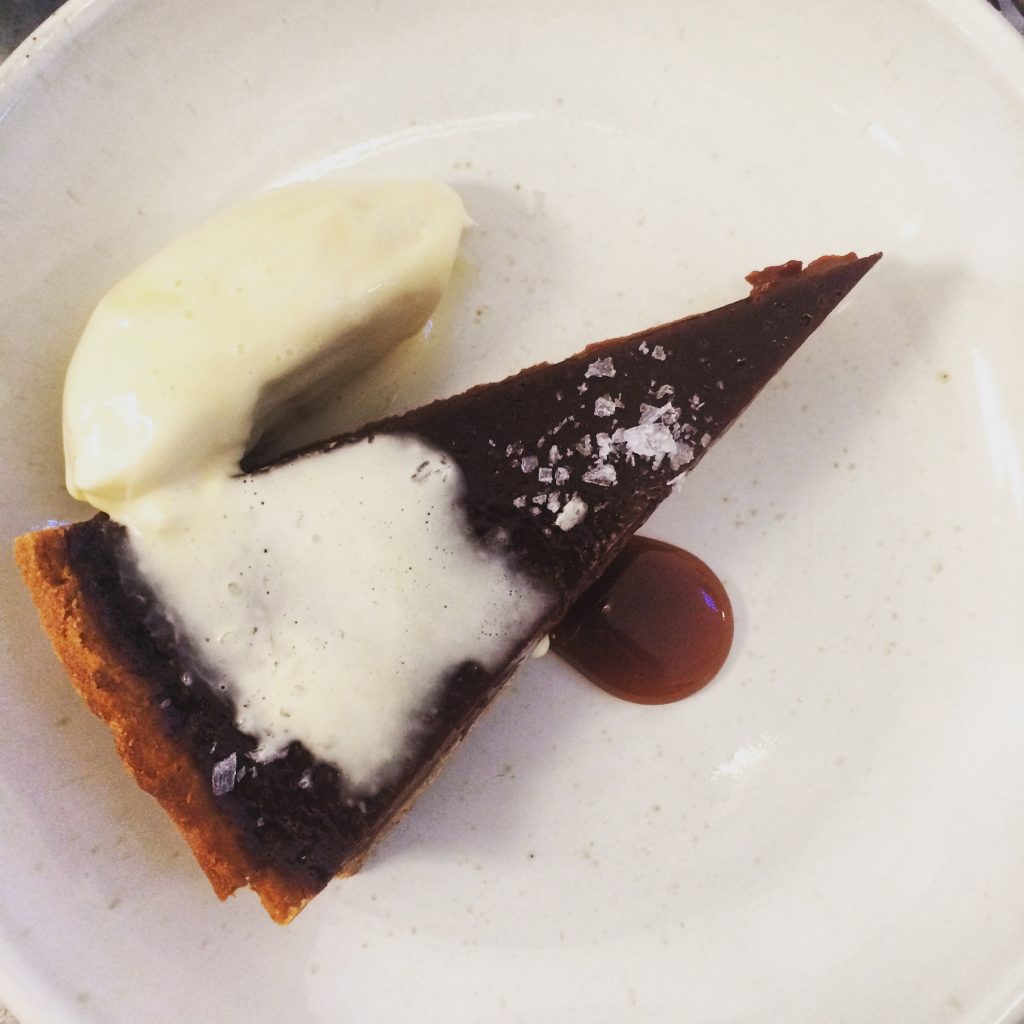 The bitter chocolate tart was good but the least impressive of the plates we had. The ice cream was a thing of intense beauty that must have been made from maple syrup glazed smoked bacon. It paired nicely with the bourbon toffee dollop on the side. The problem was that the chocolate, while brought out by the salt, just wasn’t anywhere bitter enough, and was overpowered by the smoky flavour of the bacon ice cream.

I am not a fan of gushing praise; I find it is rarely warranted. But Frenchie is excellent and a must visit; it is rare to find such perfection and delicacy in such a meal, matched by the friendly service and the décor. Without hesitation it is the best set lunch for value, quality, service and well for everything that you will find in London.